Sharks in Florida: What Species are Found off the Coast of Florida

Thousands and thousands of tourists flock to the Florida coast every year for vacations seemingly unaware of just how many sharks they may be sharing the water with. A common saying, “you are never more than 60 feet away from a shark” when you are in the Florida area

There is speculation that many sharks migrate to the Florida coast to bask in the warmer temperatures provided, while others tout different reasons, all of which have some merit. Keep reading to learn more about the various species of sharks in Florida. 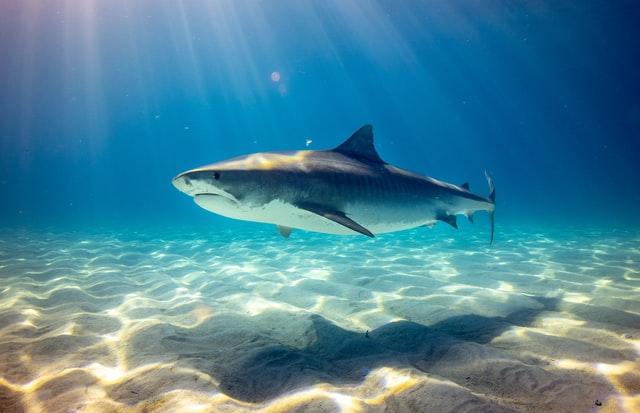 Are There Sharks in Florida?

Most people have heard of shark attacks or near shark attacks in various parts of the world over the years. But did you know that Florida is said to have the largest population of sharks in the world?

Interestingly enough, there are more than forty species of sharks that roam the coastline in Florida. While some seasons bring in more than others there are typically many in and around the Florida coastline.

The bottom line is that even though there are so many sharks roaming around, many species are not a threat to humans. This means that despite the movies depicting shark attacks on Florida waters, this may not happen as often as you think.

Types of Sharks in Florida

Since there are about forty different species of sharks that roam on the coast of Florida, it may be well worth it to get to know them. This is especially true so that you can determine if a shark you encounter is getting ready to attack or not.

As you read on to learn about the various Florida shark species, you should understand that although it is exciting to swim in the ocean, this body of water is home to the shark. Because of this, the ocean should be protected at all times.

Check out these different types of sharks that you may need to be aware of if you plan a trip to the Florida coast.

Depending on the type of hammerhead shark you encounter, their size can range from nine to twenty feet in length. The average size of most hammerhead sharks is around 14 feet long.

This type of shark is the smaller cousin to the hammerhead and has a similarly shaped head. The biggest difference between the two is their size. The bonnethead shark is usually found to be between three to four feet in length.

Unlike the hammerhead, bonnethead sharks prefer a more shallow body of water such as surf zones and estuaries. They are typically seen in the Florida coastal area during the winter when they prefer a warmer climate.

This is the shark that most people think of and fear because of its aggressive nature and tendency to roam near coastlines. These are the sharks that are most responsible for shark attacks that happen in the waters closer to shore.

The bull shark, while a saltwater shark, can adapt to freshwater more than any other shark. They tend to be about eight to nine feet in length and can weigh 800 pounds or more at any given time.

These sharks are also one of the deadliest sharks, just behind the Great White and are responsible for many human attacks over the years. The tiger shark is often found roaming around the coast of South Florida and the Florida Keys.

Known for their strips similar to a tiger, which is where they got their name, the tiger shark can grow to about 16 feet or more. Although they prefer the warmer climate of the southern coastline, they have been known to travel elsewhere searching for food.

The blacktip shark is called this due to their distinctive black markings on the tips of its dorsal and pectoral fins. Known to grow to about five feet in length, this shark often feeds and follows schools of fish up and down the coast.

The blacktip shark is the reason that hammerhead sharks make their way to the Florida coast, as they are attracted to this shark. It is important to note that the blacktip shark can be aggressive toward humans especially if they are seen as interrupting their feeding times.

Otherwise referred to as the Great White shark, is the shark that poses the biggest threat to humans. Being able to grow to more than 20 feet in length, this shark can be extremely aggressive especially when they feel threatened.

Preferring the warmer coastal waters, the great white is known to roam the waters around the Gulf of Mexico and Florida. Other types of the great white shark can be seen traveling as far north as Maine searching for food.

It is important to keep in mind that this list of sharks Florida has to offer is not anywhere near the amount and types of species that exist. As stated previously, there are commonly around 40 different species of sharks that roam the Florida coast.

Most Common Sharks in Florida 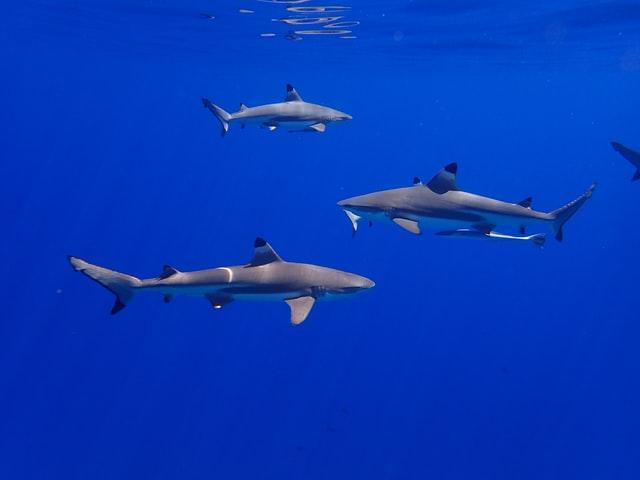 While the above-listed sharks give a vast variety of the different species of sharks that exist in warmer climates, it is in no way equal to the number of sharks found in the Florida area. Floridians often have to deal with beaches that are shut down due to massive shark populations close to the shoreline.

Check out this table that lists the most common sharks in Florida and where you might encounter them.

While this is not an exhaustive list, it gives you an idea of the most commonly found species of sharks in the waters of Florida. If you are a shark diving enthusiast, it is always a good idea to follow the instructions of the guide you are with to avoid any close encounters with these shark species.

Although commonly feared, it is actually very rare for sharks to attack humans when they are not provoked. In most cases, if you are not bothering them, they will often leave you alone to go about your business.

This is not to say that unprovoked shark attacks never happen, however, but it is rare to see a shark go after a human just because they are there. Human curiosity is often the culprit of being bitten by a shark.

Most experts say that although Florida is known to have the most reports of shark attacks in the United States coastal areas, it is very rare that these attacks are fatal. In most cases, sharks mistake humans as their prey, bite once, then leave.

In some cases these bites are mild in others, they can be more severe. This is especially true when the bit comes from one of the larger species of sharks that have the bigger capacity to do some real damage to a body.

Keep in mind that the ocean is the sharks' home and oftentimes, especially when they feel their home is being threatened, they will attack. You and other humans are merely visitors in their home and should respect that. 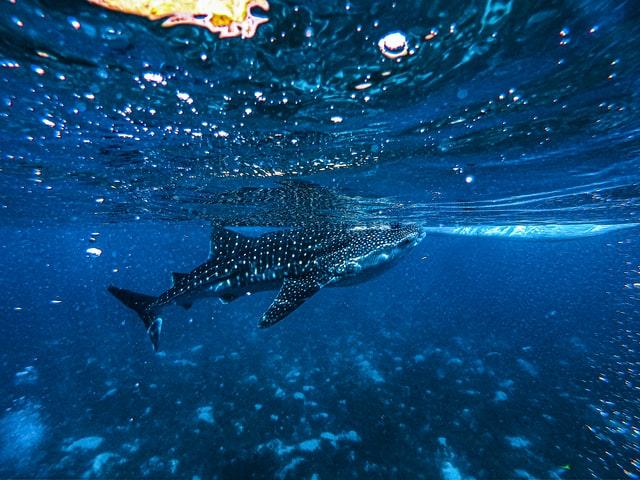 Why Are There so Many Types of Sharks in Florida?

If you take the time to research sharks and their habits, you will find that many of the shark species prefer climates that have warmer water temperatures. This is why they often flock to the Gulf of Mexico and Florida.

Although their exact locations often vary, many species of sharks can be seen during diving trips that are offered during certain seasons throughout the year. They often find their way to the southern part of the state since it tends to be much warmer there.

Overall, it is important to note that there are more than forty different species of sharks that you can encounter if you are ever swimming in the oceans of Florida. Being aware of this can help you to understand where you might encounter these types of sharks and how to avoid being bitten by them.