Sharks in California: What Species are Found off the Coast of California?

Whether you live on the coast of California or are planning to visit, you may be interested in knowing more about sharks that you may encounter in the ocean. While most sharks are not a threat to humans unless provoked, it is still important to understand what species you may see.

Many of the sharks that you will find off the coast of California are looking for the cooler temperatures that the Pacific Ocean provides. Keep reading to learn more about the sharks California is known for. 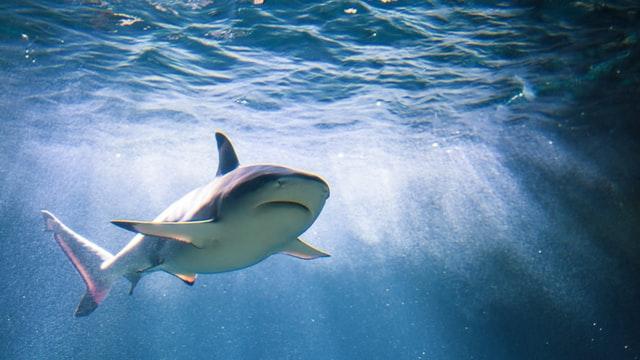 Are There Sharks in California?

It is widely known that various species of sharks are known to roam the waters along the Pacific coast from Alaska down to California. In fact, experts say that there are about 34 different species of sharks in this area.

California, although there are various species of sharks, is known to have a large population of the white shark. In most cases of shark attacks on the California coast, it was reported that it came from the white shark, and most commonly the Great White shark.

Even though most sharks will stay in the deeper waters, they are, at times, spotted closer to the shoreline. Beachgoers in California are encouraged to watch for reports about the potential dangers of sharks closer inland.

It is important to note that while most shark attacks are said to be provoked by humans, there are a large number of those attacks that were unprovoked. Researchers have been tracking these unprovoked attacks and warning Californians of the dangers.

Types of Sharks in California

Depending on where you live on the coast of California, it is likely that you have seen a shark or two roaming around the shoreline. This is because certain species of sharks like the cooler temperatures that the Pacific coast provides.

While there are many species of sharks up and down the west coast, there are a certain number of them that are prevalent in the California coast region. Whether you are surfing, boating, or enjoying other water sports, it is important to stay aware of your surroundings at all times.

Keep reading below to learn more about the types of sharks you may find along the coast of California.

This type of shark is often found off the Pacific coast of the California area and is known for migrating towards kelp beds. They tend to grow to between 5-7 feet in length and are said to be quite slender.

The school shark is one that is not a threat to humans, in fact, they tend to flee quickly when they fear one is nearby. Most school sharks have no desire to be anywhere in the vicinity of divers or people in general.

The sevengill shark is known for its seven gills and the one dorsal fin on the bottom part of its body. In most cases, you will find this shark near the seafloor near kelp beds and rocky areas of the ocean floor.

Like the school shark, the sevengill shark is quite shy when it comes to human interaction and tends to stay somewhat hidden if possible. Some divers and shark enthusiasts have gotten a glimpse of the sevengill, but not very often.

This species of shark found along the ocean floor near kelp beds and sandy flat areas, is quite different from most other sharks. This is because it has a flattened body and much larger pelvic and pectoral fins.

Known as an ambush predator since it can stay well hidden due to its body shape and color, the Pacific angel shark can creep up on its prey in an instant. Divers who have encountered this type of shark have only seen it when the creep shark's eye is opened.

These sharks are often found in the rocky reef and seagrass areas of the ocean floor, although they are most difficult to spot. This is because, with their colors and spots, they tend to blend right in with their background.

Another interesting fact about the Horn Shark is that they tend to stay in one area in the ocean since they are relatively slow movers. This is why they mostly stay within about 10,000 square feet of their dwelling place.

The great white is known to grow to more than 20 feet in length and is said to weigh in the vicinity of 2 tons or more. This migratory shark seems to always be on the go and can cover a vast area of the ocean throughout its lifetime.

For those who have seen one of these types of sharks near the shoreline may have encountered a juvenile species of the great white shark, California is known. This is because they are often looking for various food sources and can usually find some further inland. 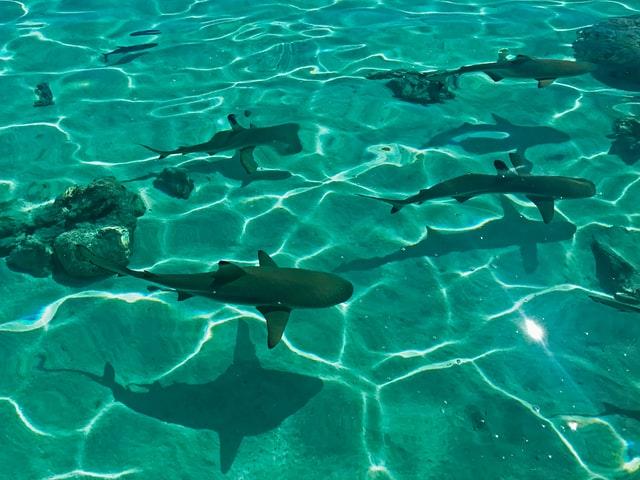 Most Common Sharks in California

Although the above-listed species of California sharks give you a good idea of the vast number of sharks you can encounter on the coast, there are said to be many more. This is because of the tendency of some species to migrate to the cooler and more subtropical areas.

Take a look at this table that shows some of the most common types of California shark species so you can prepare yourself.

While this is not an exhaustive list, it is certainly a start to the various species of sharks California is notorious for. Since many sharks are migratory and others are not, you can often see various species throughout the year.

Most experts caution against approaching or antagonizing sharks as they tend to attack when they feel threatened. It is important to understand the various shark species you may find off the coast of California so you will be better prepared.

Even though shark attacks can be extremely life-threatening, they may not be as common as you think. In fact, there have been less than 100 shark attacks that have resulted in death throughout California history.

In most cases, when a shark attacks a human, it is either because the human provoked them in some way or they are sensing a threat to their well-being. While the unprovoked cases are low, the number of shark attacks that were seemingly provoked is much larger.

As long as you are paying attention to the reports of possible shark sightings along the coast by staying out of the water, you are probably not in any danger. Additionally, even if you encounter a shark while swimming in the ocean, the way you react can make a huge difference.

Shark That Poses the Biggest Threat on the California Coastline

You may have already guessed that the white shark species pose the biggest threat to human life along the coast of California. Even though they can be found all over the world, they have a preference for the cooler waters that the Pacific Ocean provides.

The primary source of food for the white shark is mostly sea lions and seals, however, if a human poses a threat to them, they may attack to kill. The process of the attack can be quite gruesome especially when the white shark sits idly by while the victim bleeds to death before consuming.

As stated previously, those who are at a bigger threat of being attacked by a great white shark are those who participate in various water activities such as surfing and diving. This occurs when the white shark makes its way up to the shoreline where the water is between 10-15 feet deep. 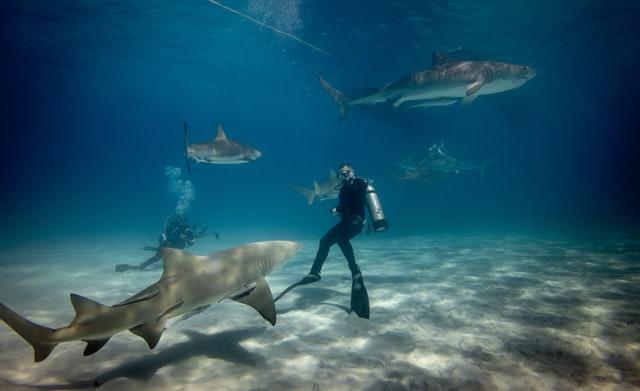 Final Thoughts on Sharks in California

While the coast of California is not as widely known for sharks as Florida or other areas, there are a large number of them up and down the coast. From hammerheads to the great white, these sharks can be found in both shallow and deep water.

Researchers over the years have been tracking the migration of sharks and how they relate specifically to California for many years. Results have shown that most sharks, including the great white, often tend to leave humans alone as long as they are not threatened.

At the end of the day, if you live in California or visit the beaches often, you should be aware of the different species that you may encounter. This will help keep you safe and secure as you are enjoying your time at the beach.